The cuckoo clock originated in the Black Forest in Germany. The invention of this clock is attributed to the Schönwald clockmaker Franz Ketterer. He is said to have made the clock in 1730. Initially, the clock was intended as an alarm clock, but the sound of the cuckoo could not be produced with a gong or bell. Organ builders in the Black Forest succeeded in reproducing the sound by means of rods attached to a bellows. Today Schonach in the Black Forest is the Mecca of the Cuckoo clock.
This cuckoo clock nesting box is specially designed for the blue tit. It offers good nesting not only for the blue tit, but also the crested tit, marsh tit, willow tit and coal tit. During severe weather conditions, the nesting box offers shelter and protection.

– ventilation holes beneath the roof
– bottom can be lifted to clean the house (clean the nesting box only during autumn)
– easy to hang thanks to the keyhole slot
– suitable for the blue tit, crested tit, marsh tit, willow tit and coal tit 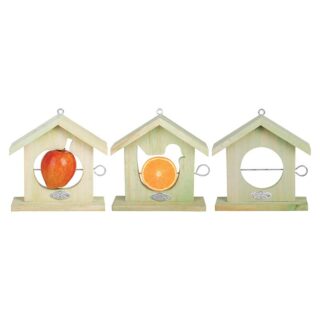 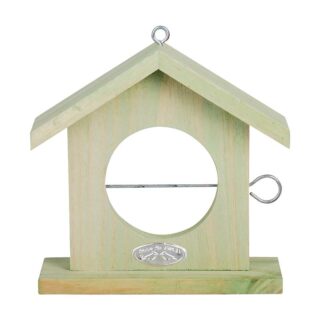 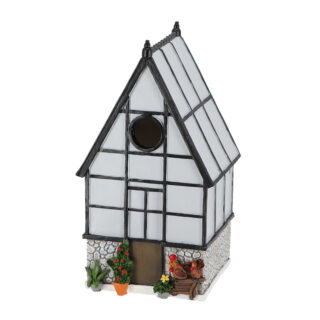 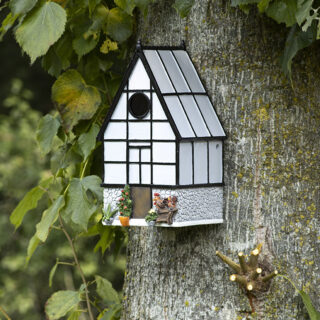 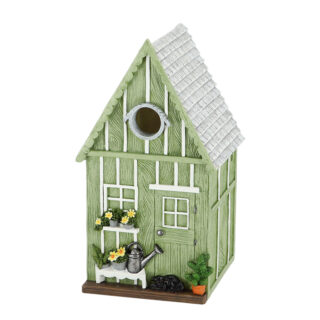 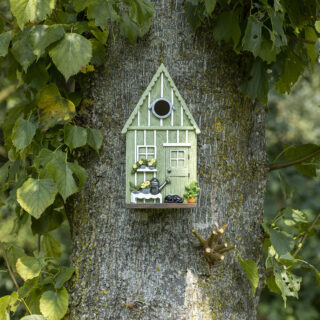 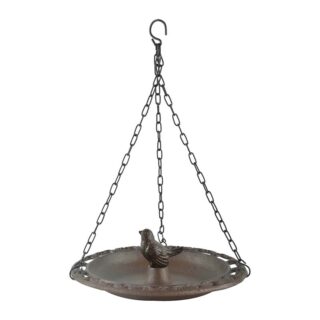 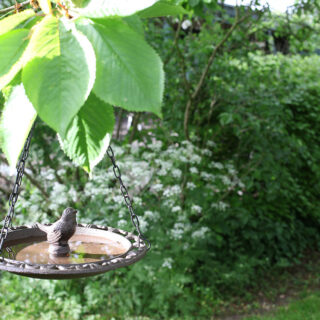